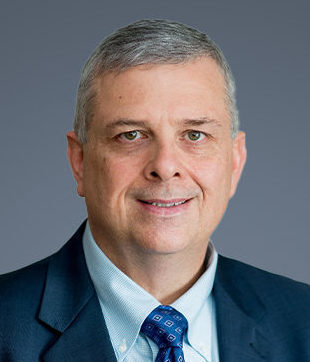 Joe Lloyd brings more than 30 years of experience to his role as Vice President of Operations for Earthrise Energy. During his career, Joe has managed plant operations in the natural gas, nuclear, and coal energy sectors. Previously, Joe served as the Managing Director for Talen Energy’s gas portfolio in PJM, which has a combined capacity of 2,900 MW. Before Talen, Joe served as Vice President of Operations for Panda Power, where he ensured the safe, reliable operation and management of Panda’s 5.8 GW fleet. Joe began his career at Panda Power in 2015 as the General Manager of the Panda Patriot facility in Montgomery, PA, where he led the team through commissioning and startup to commercial operations. Prior to joining Panda, Joe served in several roles at Dynegy, rising to the rank of Managing Director of the company’s East Gas Assets. In that role, he oversaw operations of nine facilities, including both combined-cycle and simple-cycle assets with a combined capacity of 5.7 GW, located in PJM, MISO, ISO-NE, and NYISO. Previously, he worked in the Operations and Maintenance Group at WorleyParsons, a leading global project and asset service provider in the energy sector. In this role, he played an integral role in the engineering planning and construction of more than 13 new plant builds configured in combined cycle and simple cycle formats. Prior to his role at WorleyParsons, Joe worked at Dayton Power & Light (now known as AES Ohio).

Before working in the energy industry, Joe served as a Nuclear Plant Operator in the United States Navy and eventually became an instructor for the Navy’s nuclear program for both enlisted personnel and officers. While enlisted, Joe earned a bachelor’s in human resource management from The New School for Social Research and a Master of Business Administration from the University of Kutztown. Prior to joining the Navy, he earned an associate degree in electronics engineering technology (AEET) from the Electronic Technology Institute.